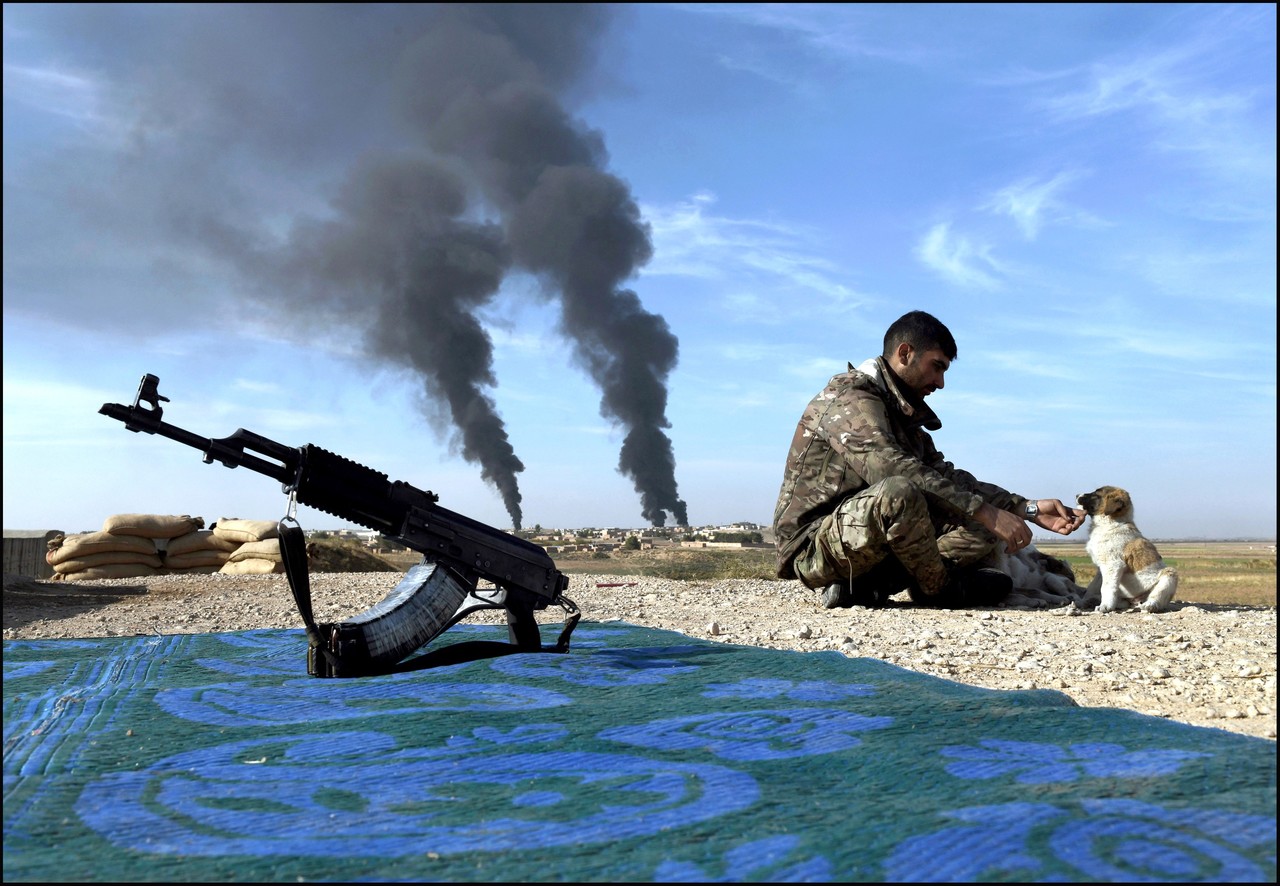 Frame It Buy Print Only

Customize a gallery-quality frame for this print, it will arrive ready to hang.

The Print
Syrian Kurdish YPG soldiers tenderly care for abandoned puppies at a checkpoint on the road to Tel Tamir, Syria on November 12, 2019. Smoke from burning oil is used as a shield from drones and airstrikes. Fierce conflict waged during an insurgency by Turkey after U.S. President Donald Trump withdrew troops, which was viewed as many as a betrayal of Kurdish allies.

On a personal note: After making this image I rescued four abandoned puppies and cared for them while working in the conflict zone. Later a rescue group assisted an international transport. One was adopted by an NGO in Iraq that helps ISIS displaced persons but sadly two passed away at a vet in Baghdad while waiting the required time for vaccinations to travel. One is now living in my home. Her name is Ayn Issa.

About The Photographer
Carol is a four time Pulitzer Prize winner specializing in long-form documentary photojournalism. She is currently a contract photographer for Zuma Press.


Note: Artist signature will be on an archival sticker mounted to the back of the print.

Prints and framed prints will ship after August 31st, upon the closing of this Nikon Ambassador Print Sale.